Judy Jankiewicz has been a Napa, California resident for the last 47 years. Daughter of an Air Force Colonel, and Army Nurse Lieutenant, both World War II Veterans. Widow of a Vietnam-era Army Veteran. Mother of four. Grandmother of seven and Great Grandmother of three.

Jim Thomas is a former Air Force Captain and Pilot and a decorated Veteran of the Vietnam War. From 1957 until 1967 he flew global missions transporting military and civilian personnel and equipment, weapons and explosives, flying weather reconnaissance, plus search and rescue. He flew missions to evacuate the sick and wounded from combat zones to regional and stateside hospitals plus returning deceased military members to the United States. After his military service, he flew commercial passenger aircraft for PSA and US Airways until his retirement.

Harold Clements is a former Air Force Airman 1st Class. He served from 1961 until 1965 as a Nuclear Weapons Fusing and Firing System Specialist. He owned several businesses in San Francisco, “ClemCards”, sold and distributed postcards. He created and owned “24 Hour Accessible Storage” which maintained two Mini Storage facilities. He designed and created software “Self-Storage Systems” a software solution for Mini-Storage facilities. He designed and maintained an interactive Web-Site for the Department of High Energy. He raced formula cars in the SCCA, competed in the Baja 500 and 1000. He was a fixed-wing airplane and hang glider pilot. He competed in tennis tournaments and was the Northern California player of the year and Nevada State Champion. He is the father of two sons and the grandfather of four.

Jill Rybar has dedicated her career to managing programs for organizations that aim to promote public health and safety. She currently holds the position of Deputy Director for Training, Research and Education for Driving Safety based at UC San Diego School of Medicine. She received her Master’s Degree in Public Health from UCLA and her undergraduate degree in Health Science from San Diego State University. Jill has two daughters and two grandchildren and resides in Southern California with her husband, Steve, an Army Combat Veteran of the Vietnam War.

Mike Brodick is a former Army SP5 who served with the 337 Signal Company, 37th Signal Battalion, 1st Signal Brigade in the Vietnam War. After discharge he worked as a Logistics Consultant with many Silicon Valley companies. In 2014 he founded Simply Good Works, Inc, a 501c3 nonprofit, fundraising organization whose sole purpose is to raise funds to aid our new generation of military Veterans who are suffering with either physical or mental injuries due to their time in service. The funds raised go directly to the Wounded Warrior Project, The Independence Fund, Paws for Purple Hearts and HomeFirst, a leading provider of services, shelter and housing opportunities for the homeless. Mike and his wife Paula have two children and two grandchildren.

ROBIN MUELLER is a former Master Sergeant in the Air Force who served in support of Operation Shield and Operation Desert Storm. She served in the Air Mobility Wing of the Air Force as a Cargo Loader. Her unit loaded C-5s and C-141s with cargo of all types to support the American and Allied combat units serving in Iraq and Afghanistan. Robin retired from the Air Force in 1999 after 26-years in service. After retirement from the Air Force she worked for TSA in Sacramento, California as a manager of airport personnel until her retirement in 2009. She joined the American Legion and now serves as Commander of Post 113 in Napa, California. Robin and her husband Gerald have two children and one grandchild. Gerald passed away on March 9, 2015. 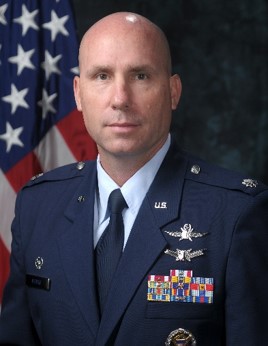 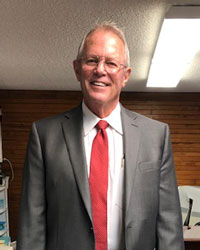 Virgil Aldag is a decorated combat Veteran of the Vietnam War. He served heroically with the 4th Battalion, 23rd Infantry, 25th Division during the 1968 Tet Offensive in Vietnam. After discharge, he worked for GTE as the Manager over GTE’s National Sales Documentation Group instructing how the networks worked to sell network services to businesses. Retiring from GTE in 1998, he became a Certified Lay Minister of the Methodist Church. He coordinates the North Texas Food Bank Produce Distribution of free produce to the four ‘Lake Cities’ communities in Texas. He is a Chaplain for the Vietnam Veterans of America, Chapter 920, Denton, Texas. Virgil and his wife Sue live in Corinth, Texas.