“From Conventional to Cyber Warfare”

Ken began active duty on January 10, 1993 as a Space Operations Officer where he maintained a Highly Qualified Crew Commander rating and served as Chief, Standardization and Evaluation at the 6th Space Warning Squadron. 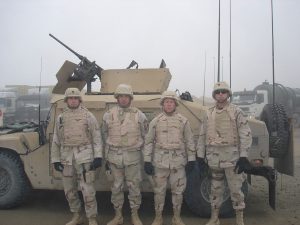 On September 11, 2001 when the Pentagon was hit by an airplane under the control of terrorists, Ken reported the following: 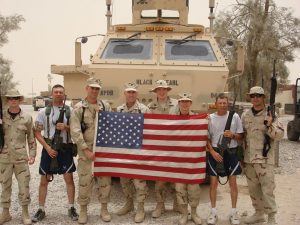 “I reported to work at the Pentagon that morning at 6am, and then headed out to another operating location about 30 minutes away, west of the Pentagon. When the first plane hit the twin towers our activity was suspended, and we shifted gears toward the active incident. We were outside the Pentagon securing our area and trying to make phone calls and the first person I was able to speak to was, an incoming call from my Uncle Bill (a Veteran of the Vietnam War) who was concerned about my safety. As things unfolded and the Pentagon was hit by a plane, I was recalled there. As I drove towards the Pentagon, I saw the chaos, flames and smoke at the wedge where I worked. I went into my work-center through another area, conducted accountability for my troops, brought them to our rally-point and made calls to their loved ones. Eventually I was able to tell my wife, Leila, that I was ok, but I do not remember it clearly. We set up 12 hour shifts and made sure all our systems were working. We were walking around our work center in a couple of inches of water when we had to evacuate as the Fireteam stated that it was mixed with jet fuel. I remember coming home that night and hugging my wife and kids and being angry and depressed because of the attack, but also motivated for the fight ahead.”

After the attack on the Pentagon Ken travelled to the middle east several times for war planning. He was assigned to Special Operations for another year and then was selected for his first command. His first command assignment was to command a squadron in Kuwait. He was the Senior Communications Officer for the Air Force there and responsible for all communications at three bases in Kuwait. He led convoy operations support into Iraq and conducted prisoner operations. He was in-charge of planning and executing all missions. 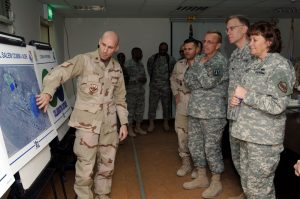 Ken’s counterpart in the Army was a Brigadier General, and he joined the General on a trip to Afghanistan (Bagram and Kandahar) to develop joint partnerships with the military services for all communications.

Early in 2007, Ken was alerted by his Wing Commander that his unit had to set up a Video Teleconferencing Center (VTC) for members of the high command that were arriving at his location. The high command turned out to be General David Patreaus, Commander of Multinational Force Iraq, and his aides. Patreaus and his team came in two small airplanes and were escorted to Ken’s location. His unit connected the General with the National Security Council and the surge, named “The New Way Forward”, was about to begin. Upon completion of the teleconference, Patreaus and his team flew directly into Baghdad. 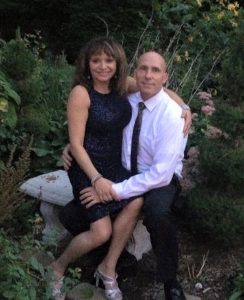 Ken retired from the Air Force on September 30, 2013 and resides with his wife Leila in San Antonio, Texas. Ken and Leila have two children, Ingrid and Ian.

He works as a contractor at the 16th Air Force Headquarters, J5 Strategy and Integration.