“FROM THE BATTLE FIELDS OF VIETNAM TO SILICON VALLEY”

When Bill was 11-years old his parents moved to Los Gatos, California with their three youngest children. With the help of an old friend from the Bronx, who had moved to California five years prior, his father was able to secure a job painting houses.

Bill attended Los Gatos High School and participated in football and basketball. After graduating from high school, he enrolled at Taft College in Southern California and played football.

Bill left college in October of 1967 to join the Marine Corps. After boot camp and advance training at Camp Pendleton, he was deployed to Vietnam and traveled by air. Marine Captain Charles Robb, President Johnson’s son-in-law and the future 64th Governor of Virginia, flew on the same airplane. Captain Robb was assigned to command Company I of 3rd Battalion, 7th Marines and served in combat. He was awarded the Bronze Star and Vietnam Gallantry Cross with Star.

Many years later on a business trip, Bill met Charles Robb in an airport lounge and they discussed their experiences in Vietnam as fellow Marines.

Bill’s company assignment was with the Weapons Platoon, Alpha Company, 1st Battalion, 5th Marines, 1st Marine Division, as a M60 Machine Gunner and 60mm Mortarman. He was in combat at Phu Bai, Troui Bridge and An Hoa.

The proud history of the 1st Battalion, 5th Marines, 1st Marine Division included its deployment to South Vietnam from June 1966 to March 1971. The battalion participated in action around Chu Lai, Danang, Quang Nam, Que Son Valley, Hoi An, Phu Bai and An Hoa.

In November of 1967, Phu Bai Combat Base was named Camp Hochmuth in honor of Bruno Hochmuth, Commanding General, 3rd Marine Division, who was killed in a helicopter explosion north of Hue.

In the film Full Metal Jacket, based mainly on the books Short-Timers and The Phantom Blooper, two combat journalists for Stars and Stripes, James Joker and Rafter Man are sent to Phu Bai where they cover, as well as participate, in the action there and in the battle in Hue City.

The Citadel of Hue City is a large fortress built in 1805, and it was mandated by Emperor Gia Long in the city of Hue in Central Vietnam. It was built to follow the military principles of the French architect, Sebastian de Vauban.

The 1st battalion, 5th Marines played a major role in the Battle of Hue during February 1968. Engaging the enemy in the famous Citadel on the north side of the Perfume River, the battalion became known as the “Citadel Battalion”. The battle was one of the longest and bloodiest of the war, and the battle negatively affected American public perception of the war. 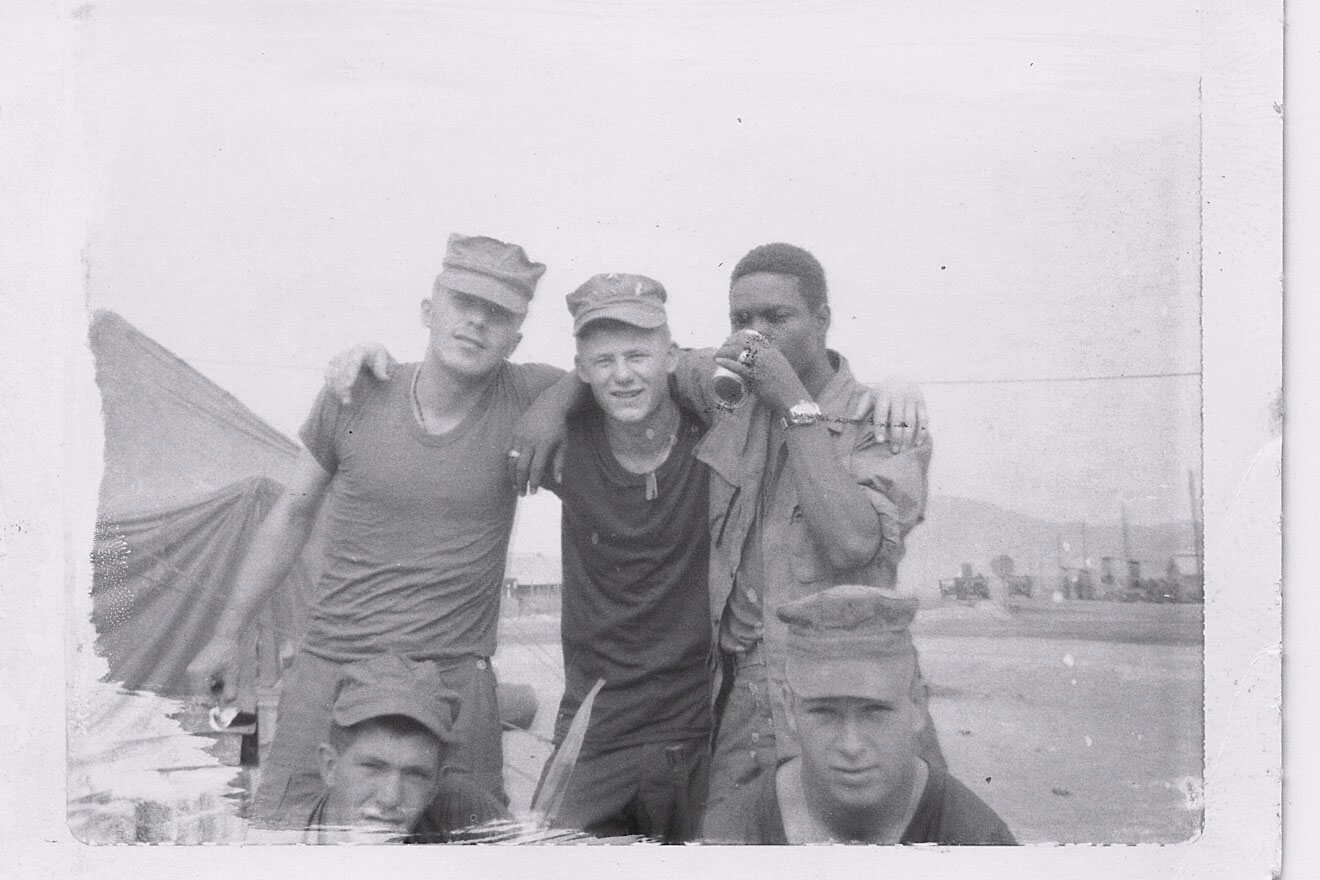 The Battle at Truoi Bridge, Hwy 1

After the heavy fighting in the Citadel at Hue City, the Battalion sustained so many killed and wounded, that it was in danger of becoming understrength. They soon received new recruits to replace the many Marines lost in the Citadel battle and were immediately assigned security duties at various bridges all along the infamous Highway 1 between Hue City and Phu Bai. One of these bridges was The Truoi Bridge. It was an old railroad bridge and a major “Choke Point” usually guarded by the indigenous South Vietnamese. On March 31, 1968 Alpha’s second Platoon and HQ group, which included Alpha’s commander, set-in at the bunkered south side of the bridge and ordered at ease. Approximately 30 members of the platoon were assigned duties for the next day and moved into the small buildings that made up the compound at the bridges entrance. It wasn’t until the end of that day when the bridge started getting hit from enemy fire. The south end of the bridge was now under heavy attack. The battle at Truoi Bridge lasted all through the night and into the next morning. At dawn, through the heroic efforts of the tiny force, the south end of the bridge was still in Allied control. The second platoon of Alpha Company held its ground and only through the desperate efforts of the suicide “Sappers” of the North Vietnamese Army (NVA), the bridge was blown and partially destroyed. The NVA paid a huge price trying to take the Truoi Bridge. The enemy casualties were confirmed at sixty-four, but those were just the ones recovered by dawns first light. Fifteen Marines and one Corpsman were killed in action during this engagement and fifty-eight wounded.

Bill was discharged from the Marines in October, 1969. He worked in sales and marketing for a number of electronic manufacturers and sales representatives in Silicon Valley until his retirement.

Silicon Valley is a region in the southern part of the San Francisco Bay Area in Northern California that serves as a global center for high technology, innovation, venture capital, and social media. It is located in the Santa Clara Valley. San Jose is Silicon Valley’s largest city and the tenth largest city in the United States. 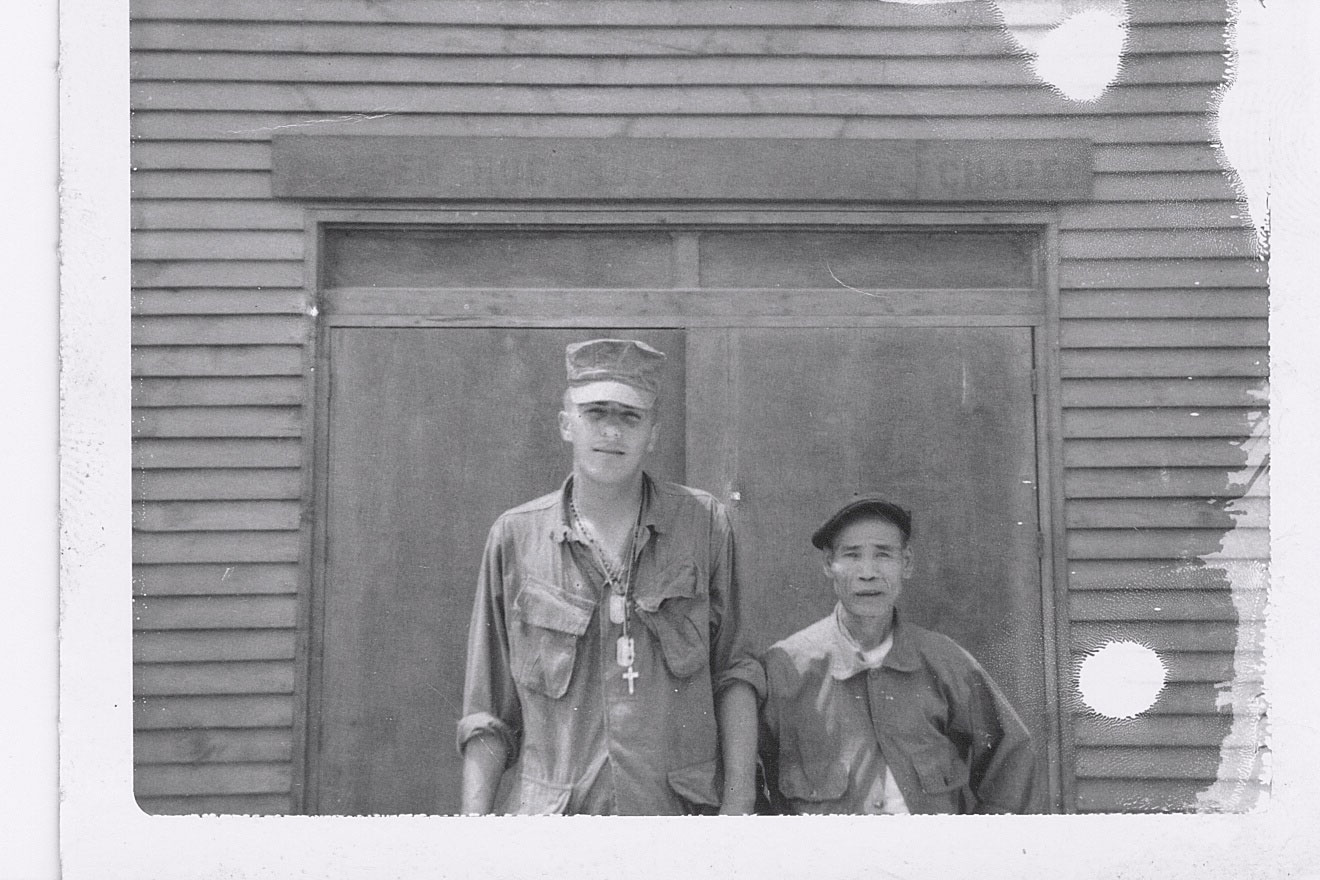 The word “silicon” in the name originally referred to the large number of innovators and manufacturers in the region specializing in silicon-based MOS transistors and integrated circuit chips. The area is now home to many of the world’s largest high-tech corporations, including the headquarters of more than 30 businesses in the Fortune 1000, and thousands of startup companies.

Silicon Valley also accounts for one-third of all of the venture capital investment in the United States. This has helped it to become a leading hub and startup ecosystem for high-tech innovation and scientific development.