Richard G. Worthen was born July 28, 1926 in Hunter, Utah, to Ben and Jessie Worthen. Ben had been taken out of school and apprenticed to a blacksmith when he was 14-years old. It was a good move for him because he continued with that profession through World War I while living in Oakland, California and eventually retired as a Tool and Die Maker. 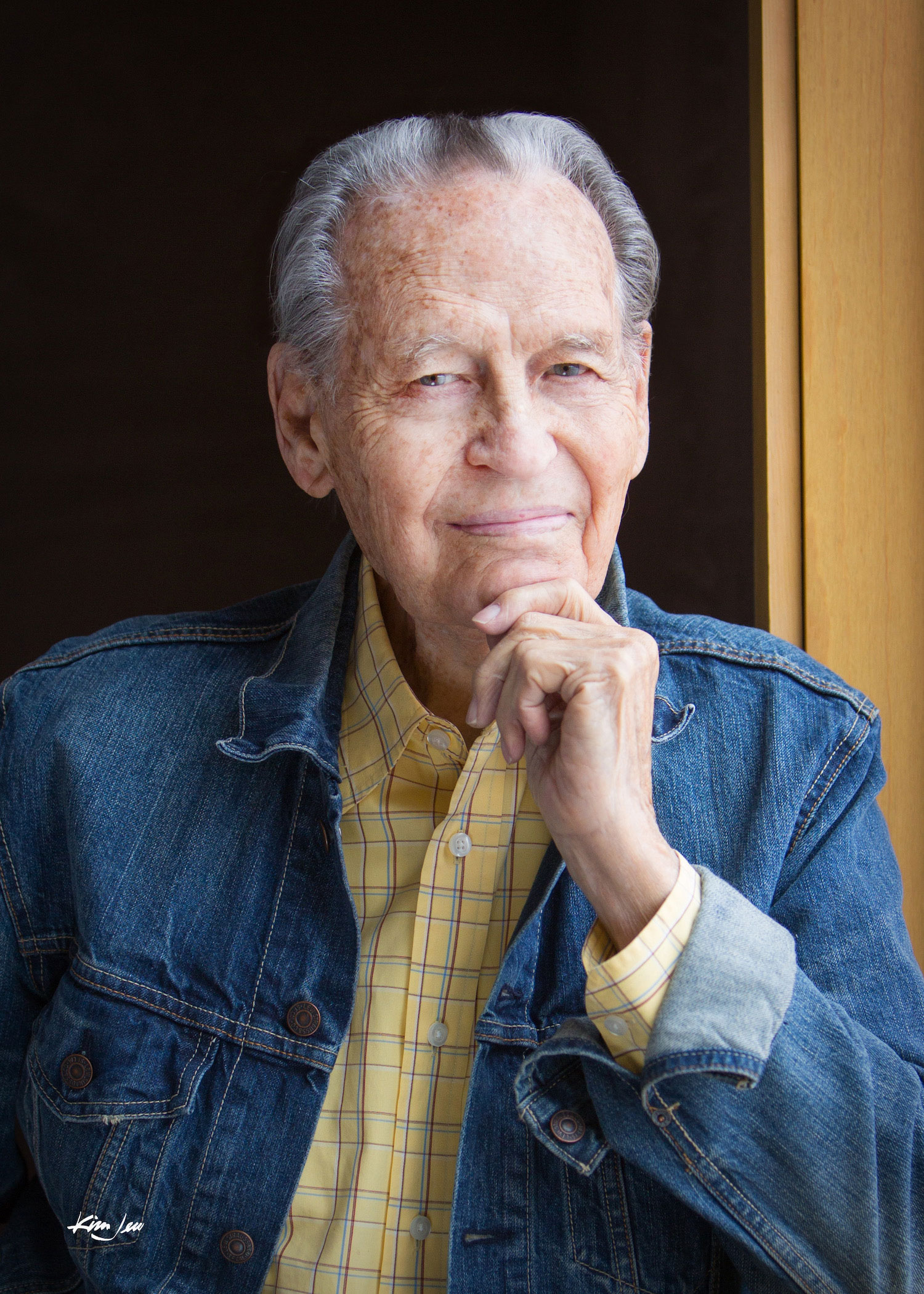 Jessie Thompson (his mother) had traveled by train from Kentucky to Salt Lake City to visit her sister and met Ben at a dance. They married later that year. On Friday the 13th of February 1930 in the depth of the Great Depression, Jessie, was struck and killed by an automobile while taking sons Max and Don to a church pageant in which the two boys played a part. To add to the young father’s burden the family home was lost, and the boys were by necessity, sent to live with other family or with friends. Richard was taken to Phoenix in the care of his mother’s sister, Carrie who had become a quadriplegic, suffering with crippling arthritis. It was a happy environment for a 3-year old who was cared for affectionately.

When ready for fourth grade Richard was reunited with his father and brothers in Los Angeles where he attended high school near the University of Southern California.

Richard followed his four older brothers into government service. The eldest, Bill, was skilled in electronics and was assigned as a civilian to a special laboratory near Washington, D.C. where he remained throughout World War II. Robert joined the Navy and served stateside. Max joined the Army and was stationed in the Philippines and was awarded a Bronze Star for heroism in battle. Don joined the Navy and was assigned to a Submarine Task Force in the North Sea and earned a commendation for his service. Taking only his toothbrush with him, Richard reported to the Draft Board on his eighteenth birthday. He requested an assignment to the Navy and was sent to the U.S. Naval Training Center in San Diego, California where he went through boot prior to joining and was sent to school in San Diego and graduated as a Yeoman 3rd Class.

He was assigned to the USS Propus (AK-132) sometimes referred to as a Liberty Ship or because as many of them were sunk with all hands-on-deck, euphemistically referred to as “Kaiser’s Coffins”, because the ships were built by Kaiser Steel Company. It was high adventure for a young sailor when the Propus sailed from San Francisco on the first of many voyages across the Pacific. The Propus was a Crater-class cargo ship responsible for delivering troops, goods and equipment to locations in the war zone. One sunny afternoon, with the ship running on a calm sea, the man assigned as a lookout shouted that there was a mine in the water. The Captain ordered engines stopped – if he had ordered the ship to be turned either to port or starboard the mine would have struck mid-ship. Word of the danger spread throughout the ship and the crew lined the gunwale with each man holding his breath as the menace floated toward them. It was a large round metal ball with prongs sticking out all around. Terrified, but fascinated, the crew watched as wave after wave swept the mine against the hull and everyone listened to the sound of metal on metal. Every member of the crew was aware of the highly explosive munitions in their cargo and if the mine were to explode against the hull little would remain of the Propus and crew but floating debris. The mine eventually passed safely by the ship. The ship’s Captain ordered the mine destroyed by the ship’s guns and the Propus was able to move on in its journey across the Pacific.

Richard’s next assignment was aboard the mighty USS Chicago, a heavy cruiser that was commissioned late in the war. His duty was to be the Executive Officer’s Yeoman. His major responsibilities were to accompany the Executive Officer on inspections, take notes at Exec’s mast (when men were disciplined for minor infractions) and maintain the personnel logs for 1,700 enlisted men aboard ship. Once again, he shipped out of San Francisco across the Pacific for an adventure he’ll always remember. When the Chicago docked in Pearl Harbor, he miraculously was able to meet up with his brother Don who he thought was still in Scotland. It was V-1 Day and he and his brother along with two Navy enlisted friends from high school celebrated the end of the war in Japan for a few days. The Chicago continued on its voyage in the Pacific and anchored at Shanghai, China to show the Flag. During those months in China he traveled throughout the vast ancient city. The Chicago’s next destination was Japan to prepare for the arrival of American occupation troops. It made call at several ports along the way where it was possible to see the devastation wrought by American power. While at anchor in Sagmi Wan, Japan he was able to travel by train across the country including a visit to the ancient city of Kyoto. Kyoto was spared by the American Air Force because it was the ancient city of Japan and did not possess any military forces or munitions.

When most men were being returned home, Richard received a request from his superiors to consider reenlisting for six more years. He considered their request but informed them that he wanted to return home to attend college. Upon his return home he attended Arizona University and later graduate school at UCLA. While at college in his senior year he was contacted by the military and asked to return to the Navy due to the escalation of the Korean War. He declined to re-enlist because he wanted to finish his degree. (Richard regrets having declined to return to the Navy and it has weighed upon his mind throughout his adult life.)

In 1954 he was offered a position at Albert Parvin, a major contract furniture firm in Los Angeles. The two principles of the firm owned the Flamingo Hotel and were well connected in Las Vegas and Reno, Nevada. The design branch of the firm created interiors for every major casino and hotel. He was the assistant manager of a division that catered to film personalities, architects and interior designers. It was the beginning of a life-long career in the retail and contract furniture profession. In his later years he lived in Albuquerque, New Mexico to be near his son Mike and family. Clients who had become dear friends partnered with Richard to establish Richard Worthen Galleries which became the “Go-to” place for collectors of Spanish Colonial art and antiques. He decided to close the galleries when his doctors were uncertain if he would survive the major surgery, he had undergone to rid himself of a dangerous cancer.

With his health restored he established a design consultation firm and completed projects for corporations across the country.

When fully retired he took to writing and published an E-book titled, The Hashers. It was set in a sorority house at UCLA where young male students “hashed” or served meals at sorority houses on campus. His second novel, “Death of Pharaoh’s Palace”, was published recently and is available as an E-book or in print. The action of the novel takes place in modern time and Egypt of 5,000 years ago. Richard still paints for his own pleasure